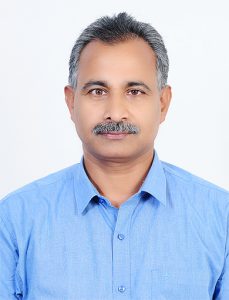 Vision and Message of Dean

Prof. Shetty is currently Professor at the Department of Food Science and Technology. Prof. Shetty obtained his Masters in Biosciences and PhD from ICMR-National Institute of Nutrition, Hyderabad. Prof. Shetty has also obtained a diploma in Pedagogy from Danish Pedagogic University.

After completing PhD, he started his career as lecturer at the Department of Microbiology, Mangalore University in the year 1997 and worked there till 2003. In between, pursued Post-Doctoral research for two years (2000-2002) at the University of Texas Health Centre at Tyler, Texas. In the year 2004, he moved to Denmark and worked as Assistant Professor at The Royal Veterinary and Agricultural University at Copenhagen and later moved to Department of Genetics and Biotechnology, Arhus University as Senior Scientist in 2006. In the year 2009 joined Pondicherry University and headed the Department for more than 8 years. Prof. Shetty worked as Dean of Research of the University for a period of two years from July 2019.

Prof. Shetty successfully guided 11 PhD scholars, mobilized number of R&D and consultancy projects from various funding agencies. He has published many high impact publications, applied for two patents, edited a book, written 5 book chapters and delivered many invited talks and lectures. In the year 2019, Prof. Shetty has been awarded the Fellow of Royal Society of Chemistry, UK. Prof. Shetty recently completed the LEAP training of Ministry of Education conducted by IIT Kanpur.

In addition to teaching and research, he is actively involved in advising the government agencies on food safety issues in the capacity of member of scientific panel at the Food Safety and Standards Authority of India (FSSAI) since 2014. He is member of Scientific Panel on Contaminants in Food Chain at FSSAI, member of Governing body as well as Scientific Advisory Committee of NABI and CIAB, Department of Biotechnology Institute at Mohali, Punjab. Serving as Adjunct Visiting Professor at the College of Agricultural Science, Tennessee State University, USA. He had also served as the National President of Association of Food Scientists and Technologists (India) in the year 2015.

Department of Biochemistry and Molecular Biology

Department of Ecology and Environmental Sciences

Department of Food Science and Technology