Dr. T. Asir has pursued his B.Sc. and M.Sc. in Mathematics from St. Xavier’s College, Palayamkottai and his M.Phil. from Manonmaniam Sundaranar University, Tirunelveli. He has received a gold medal in M.Sc. and secured University second rank in M.Phil. He received the Ph.D. degree in Mathematics at Manonmaniam Sundaranar University and his Ph.D. work was supported by the grants “Major Project Fellowship” by University Grants Commission(UGC), India and the “INSPIRE Fellowship” by the Department of Science & Technology(DST), India. He did his Post Doctorate under the UGC-Kothari Postdoctoral Fellowship.
He was worked as an Assistant Professor and Head i/c in the Department of Mathematics-DDE, Madurai Kamaraj University, Tamil Nadu from Dec 2013 to July 2022. His research interest is Algebra and Graph Theory. More specifically, graphs arising from rings and vice versa. He has published 30 research articles in International Journals and two books (including a book in Springer) with a citation count of 198 on Web of Science, 242 on Scopus and 390 on Google Scholar. He has completed SERB-MATRICS project and UGC-Startup Grant. Also, he has received travel grants from DST(2012), UGC(2015), SERB(2019) and CSIR(2020) to deliver talks at International Conferences held at AlAin-UAE(2012), Thailand(2015), Palestine-Israel-Egypt(2019) and Sharjah-UAE(2020). Further, received grants from SERB, CSIR and MKU to conduct an International Conference during January 08-10, 2018.
Also 3 Ph.D.’s and 24 M.Phil.’s have been awarded under his guidance. Further, he has delivered more than 50 invited talks at various National/International conferences and Orientation/Refreshers programs. He has served as a referee of several international journals in the frame of pure and applied mathematics. Furthermore, he has developed online mathematical content through MOOC Courses “Core and Pedagogy of Mathematics”, “Modern Algebra” and “Graph Theory” in SWAYAM Platform (MHRD). 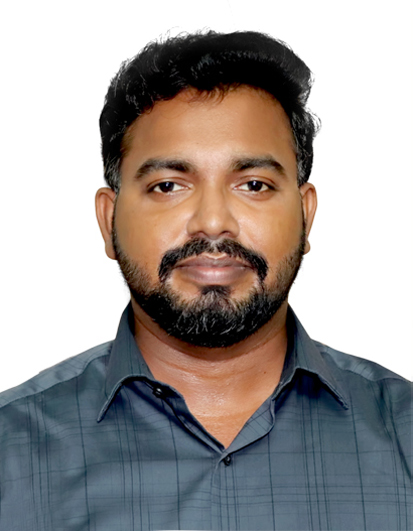 T. Ashitha, T. Asir and M. R. Pournaki, A large class of graphs with a small subclass of Cohen--Macaulay members, Communications in Algebra, to appear.(SCI-Q2 with I.F 0.762)