Joined as JRF at Institute for Plasma Research, Gandhinagar, towards PhD degree in area of Plasma Applications in 2001 after completion of M.Sc from Pondicherry University and continued doctoral research up to June 2006, followed by 3 years intense corporate research at SAMTEL Color Ltd for development of Plasma Displays under New Mellennium Technology Leadership Initiative of CSIR, GOI, from July 5, 2006 to April 25, 2009. Worked at BIT (Mesra) during 2009-10 and at The University of Texas at Austin (USA) during 2013-14. Since, August 2010, working at Department of Physics, Pondicherry University as Associate Professor. 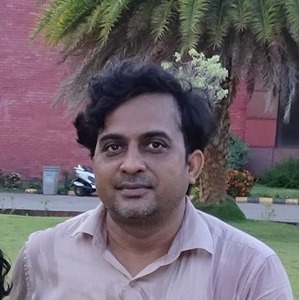