Dr.B.R.Shantha Kumari – is the First Student who in 1989, joined the newly started Department of Philosophy – then known as “Sri Aurobindo School of Eastern & Western Thought”, Pondicherry University, under the Supervisorship of Dr. R. Balasubramanian.
She has delivered more than 150 lectures in many National & International Conferences, in most of the major Universities in India; and abroad in Canada, USA, Korea, Sri Lanka, Bangladesh, Greece & China. In March-2010, she lectured on “Politics & Religion: Indian Perspective” at UNESCO – Paris, France.
She has guided many Projects, Dissertations & Theses; secured the UGC – SAP status for the Department of Philosophy, started the Indian Journal of Philosophy, Religion & Culture and served as its Editor.
A multi-linguist, her interests include travelling, gardening, reading, nurturing pets and spiritualism. 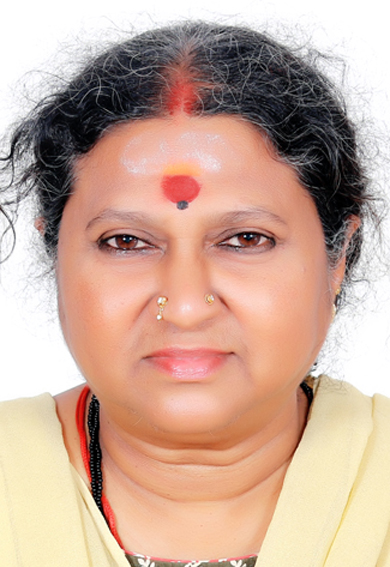