The Computer Centre was established in the year 1992 under a sanction by the UGC. As a central facility, it caters to the teaching/ learning, research needs of various Schools, Departments, Centres, UGC-HRDC, Directorates, Community College and also the needs of administrative sections of the University.

As an academic centre it is primarily catering to the teaching/learning and research needs of the various departments of the University in the areas of ICT and especially that of Computer Science department. The Centre is engaged in

The Centre works on all days of the year including holidays.

Besides it has handled courses for programmes offered by Library & Information Sciences, Centre for Electronic Media, Statistics, Banking Technology and International Business. Staff of the centre also serve as members of :

The Centre offers support for the establishment/conduct of computer labs for other Non-Computer Science departments such as Physics, Chemistry, Biological Sciences and Management.

The Centre staff are actively involved in research in collaboration with the Dept. of Computer Science and published several research papers in various International Journals/Conferences.

The Centre offers one year Apprenticeship Training (PASAA) to candidates who passed out of ITI – COPA Trade as per the mandatory requirements of the Ministry of Labor, Govt. of India since 2006. The Centre has trained so far 9 batches of apprentices successfully and also assisted them in placement. All India Trade Test for this training is also conducted by the Computer Centre.

Internet access is being provided through intranet since the year 2001 and the bandwidth has steadily been enhanced, over the years, to meet the growing needs of the University from 1 Mbps to 240 Mbps. This is provided all through the year on 24 x 7 basis.

Pondicherry University is connected to the National Knowledge Network (NKN) since January 12, 2011. All online journals hitherto rendered by UGC- Infonet consortia are now made available on NKN. This network helps to foster closer collaboration with all the members of the knowledge network – universities, colleges and premier research institutions across the country through intranet, thereby saving enormous costs.

Computer Centre is the nodal centre for NKN.

The Centre assisted in the design and establishment of computer labs for the various departments as per the decision of the University Administration.

Developed by outsourcing (development only)

DNS Registration services for various units of the University are rendered by the Computer Centre such as :

Services rendered by the Computer Centre are listed below :

4. Then password will be sent to the e-mail ID furnished 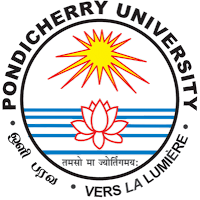